By early 1930, Mary Pickford was looking for a great epic to follow The Taming of the Shrew and she decided on Secrets with a starring role that spans fifty years. She cast the Broadway actor Kenneth MacKenna to play opposite her and, hoping to recapture their past successes, she asked Mickey Neilan to direct. But Mickey’s drinking had progressively taken its toll; after a succession of quick, low budget films his career was close to a standstill when Mary’s call came. From the beginning, the filming was a fiasco; on screen, MacKenna looked years younger than Mary, always a sore spot, and she and Neilan had little patience for each other. After a month on the set and spending at least $300,000 in production costs, Mary closed the picture down and ordered all existing negatives burned. [i]

Seven years earlier, Frances Marion had adapted the play Secrets for Norma Talmadge to bring to the screen. Told in flashback, it opens with an old woman reading her diary as she sits with her husband on his deathbed. She falls asleep and dreams of the earliest days of their romance, moving on through their hard life as pioneers, the death of a child, the birth and growth of four more children, his success and accumulation of wealth, his affair that threatens their marriage, her decision to stand by him and finally, their declaration of devotion to each other in old age.[ii] 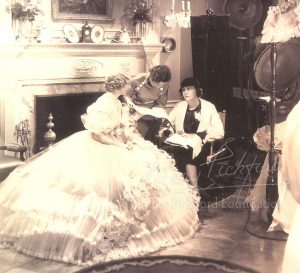 Mary saw it as a great romantic saga, but Frances had always thought it was “just too much story.” While she tried to talk Mary out of taking it on, Frances appreciated its allure. “It was the kind of movie a star would love. Mary saw herself in those costumes. She saw herself in a great dramatic role, making an impact on Doug as well as on her public. She would be faithful to one man on the screen, through three generations. She felt it would be the vehicle through which she could prove herself all over again.” [iii]

Yet the deeper meaning for Mary was that it told the tale of a woman willing to stand by her husband who had flaunted his affair with another woman, foreseeing the love they could still share as they grew old together.

Mary had long suspected Doug of infidelities and there had been mentions in the English press that he had been keeping company with “a woman of nobility,” but now, for the first time, she had proof. A bracelet engraved to a woman he had met in England in early 1931, Lady Sylvia Ashley, was delivered to Mary by mistake.

Confronted with the hard evidence of Doug’s affair, Mary was determined to fight back the only way she knew how; not by traveling with her husband, not by stopping drinking, but by showing him what she envisioned herself capable of in real life by portraying a part on the screen. 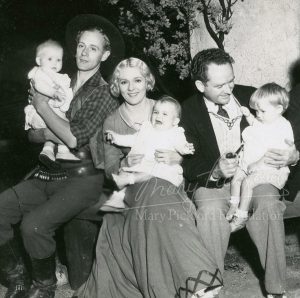 Frances remained convinced Secrets was little more than a hackneyed melodrama, yet she saw how downgraded Mary felt by Doug and knew this was the only way she was able to confront her personal situation. Mary had already paid for the rights to the story and when she point blank asked, “Please come do this,” Frances agreed to write the adaption. If Mary had already done so much work on the project and was so determined, “I knew I could put in a little more.” [iv]

Their old friend Frank Borzage was hired to direct and Leslie Howard was chosen to play opposite Mary. Buddy Rogers asked to be considered for the part, but Mary was determined to concentrate on the task at hand and not complicate matters. This was to be her grand epic and, most importantly, her message to Douglas.

Trying to tighten her adaptation, Frances wrote the script without flashbacks, opening with Mary as a beautiful young woman riding in a carriage with her mother, and peeking out from behind a parasol at a handsome flirting Leslie Howard riding along side on a bicycle. 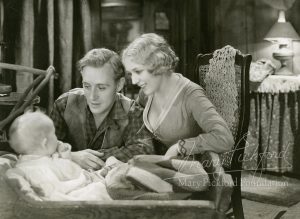 Mary’s voice is strong yet soft, almost lilting, and while the earlier scenes have her a bit wide eyed, she requites herself well throughout the scope of the film. Leslie Howard seems physically a bit slight to play the hero, but in their close ups the chemistry is believable. Still, Frances’s fears about “too much story” are borne out as it opens as a drawing room comedy, evolves into a western with the last act a melodrama. Mary was careful to have the last image of herself on the screen be a flashback, radiant in all her beauty as a young woman riding across the plains in a pioneer wagon. [v]

And with that, Mary’s personal agenda was met. She had put the little girl of her Pollyanna days firmly behind her by playing a role that took her into her seventies and then back again. She made her speech to Douglas on the screen: she knew of his infidelity, but she was willing to forgive and look ahead to the potential happiness that lay before them.

That Christmas, Doug returned from overseas, but the holidays were clouded by Jack Pickford falling ill. And Secrets opened in March of 1933, the same week the new President, Franklin Delano Roosevelt, declared a bank “holiday,” closing all banks for a week to grapple with the Depression that had circled the Globe. Mary’s public had little cash on hand for necessities, let alone to buy movie tickets. [vi] 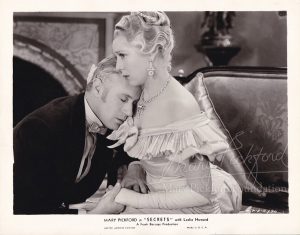 And while Mary’s and Doug’s marriage would last for another few years, their failure to talk to each other face to face instead of through the characters they played doomed their marriage. Secrets would be Mary Pickford’s final film as an actress.

[iii]. “It was the kind…” Frances Marion to Booton Herndon.