The Mary Pickford Foundation and the University of Southern California have a long-standing partnership. A key element of that partnership is The Mary Pickford Foundation Alumni Award which is given annually to a former USC student “whose extraordinary achievements bring special distinction to the USC School of Cinematic Arts and to the industry.” Past recipients include Conrad L. Hall, Ray Harryhausen , Alan Ladd Jr., Michelle Manning, Jay Roach, Stacey Sher, John Singleton, David L. Wolper, Robert Zemeckis , Laura Ziskin , Shonda Rhimes, Jon Laudau and Lee Unkrich. 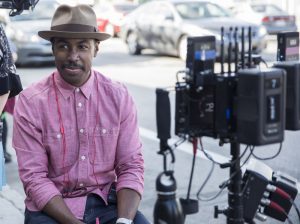 Prentice Penny, a Los Angeles native and 1995 recipient of a BFA in Writing from USC, is an Emmy nominated producer, writer and director. Most recently, he was the showrunner, executive producer and frequent director of HBO’s Issa Rae series Insecure.

Penny also directed the 2020 Netflix film Uncorked and his next project is scheduled to be directing New Kid. His other credits include Brooklyn Nine-Nine, The Hustle, Happy Endings and Scrubs. In announcing the award, Dean Daley of the USC School of Cinematic Arts said, “Prentice is a distinguished alum whose continued support and participation has had a direct impact on our students, and we are proud to honor him with the Mary Pickford Award.” 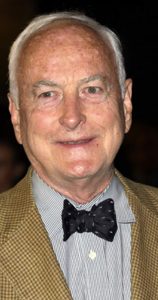 James Ivory was born in Berkeley in 1928, graduated from USC School of Cinematic Arts in 1957 and, at last count, is credited with directing 35 films, writing 18 and producing 12. Beginning his career as a documentarian, Ivory went on to be nominated three times for best Director (A Room with a View, 1985; Howards End, 1993; and The Remains of the Day, 1994) and win an Academy Award for screenwriting for Call Me by Your Name (2018).

Much of his film work was done in partnership with Ismail Merchant and frequently based on the books of E. M. Forster adapted for the screen by Ruth Prawer Jhabvala. But Ivory’s prolific and multifaceted career covers much more than that and his incessant curiosity, low key attitude and determined professionalism is an inspiration. 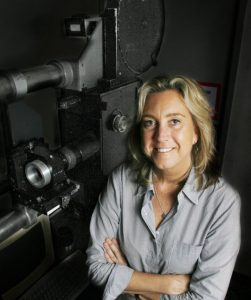 Leslie Iwerks graduated from USC before attending the School of Cinematic Arts. She has kept up the family tradition of working in the business while creating her own path. Leslie’s grandfather was the pioneering animator and acknowledged co-creator of Micky Mouse, Ub Iwerks, a technical wizard and inventor for Disney Studios. Her father, Don Iwerks, worked for decades as a camera technician as well as a technical pioneer and innovator at Disney. Leslie’s first documentary was about her grandfather entitled The Hand Behind the Mouse. She has gone on to become a producer, director and writer emphasizing the environment and animation while growing her Iwerks & Co into a multi-faceted production company. 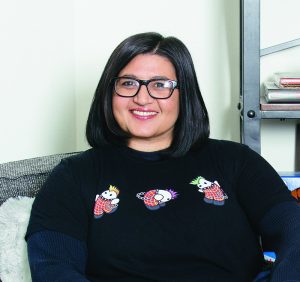 Khan began her career as a staff writer on 20th Century Fox’s Malcolm in the Middle. She also worked for Disney Television Animation on 90s animated sitcom Pepper Ann, the division’s first series created by a woman. Khan’s directorial debut, Always Be My Maybe, starring Ali Wong and Randall Park, is scheduled to be released this summer on Netflix. 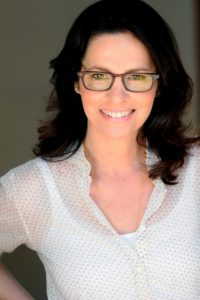 Silver co-wrote the screenplays for the Avatar sequels Avatar 2 and Avatar 3 with James Cameron. Both films are currently in production. In addition, Silver’s script for the live action version of the Disney animated film Mulan is in pre-production with Niki Caro (Whale Rider) directing. 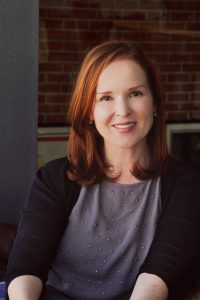 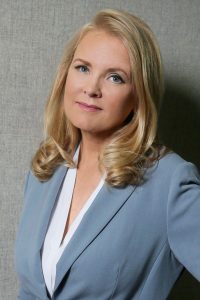 Sisters Jennifer Todd (left) and Suzanne Todd, who have found great success as producers both together and separately, were jointly named the 2017 Mary Pickford Alumni Awardees. Together the sisters produced such hits as Alice in Wonderland and Memento. Jennifer currently serves as president of Pearl Street Films and produced, alongside Michael DeLuca, the 2017 Academy Awards and recently agreed to do it again next year. Suzanne now runs Suzanne Todd Productions and recently produced Bad Moms and A Bad Moms Christmas. 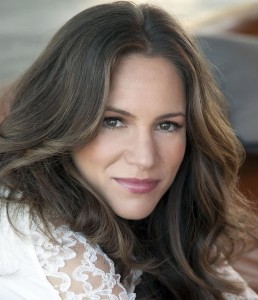 Susan Downey is a prolific film producer who has collaborated on a diverse list of films, encompassing action adventures, dramas, comedies, and horror thrillers. She is a partner in Team Downey, the film and television production company she formed with her husband Robert Downey Jr. After earning her Master’s in the Peter Stark Producing Program at USC, screenwriter and producer Melissa Rosenberg went on to write for television series such as Dexter and feature films including the entire Twilight saga. She also works with the WGA Diversity Committee and the League of Hollywood Women Writers to promote women in the entertainment industry, and is currently developing a series for Netflix and Marvel.

President of Marvel Studios Kevin Feige got his start interning for producer Lauren Shuler Donner, who made Feige Associate Producer of the film X-Men in 2000. Since then, he has racked up credits as Producer and Executive Producer on the Spider-Man series, The Incredible Hulk, the Iron Man series, the Thor series and the Avengers films. 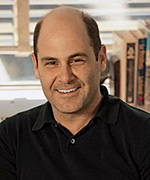 Matthew Weiner began as a writer for The Sopranos, a series he earned two Emmy awards for producing. After a stint teaching screenwriting at USC, Weiner created and produced the highly acclaimed period series Mad Men for AMC before making his debut as a feature filmmaker with 2013’s Are You Here, starring Zach Galifianakis and Owen Wilson. 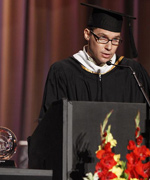 Perhaps best known as the producer of the hit TV series House and producer/director of the 1995 feature The Usual Suspects, Bryan Singer has proven successful at writing, directing and producing for film and television. The comic-book-inspired features X-Men, X2 and Superman Returns and the series Dirty Sexy Money are among his many varied projects. 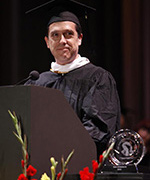 Since 1994, editor, screenwriter and director Lee Unkrich has lent his talents to the creative team at Disney’s Pixar studio, where he co-directed the animated blockbusters Monsters, Inc. and Finding Nemo, and worked as an editor on A Bug’s Life and Cars. In 2010, Unkrich directed Toy Story 3, which won an Oscar for Best Animated Feature. 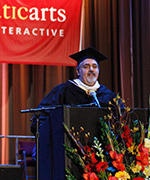 After serving as Executive Vice President of Feature Production at 20th Century Fox studios in the early 1990s, Jon Landau went on to produce the two highest-grossing films of all time, 1997’s Titanic and 2009’s Avatar. In addition to his work with director James Cameron, Landau has also produced the hits Dick Tracy and Solaris. 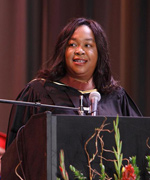 Best known as the creator, writer and producer of the medical series Grey’s Anatomy and Private Practice, Shonda Rhimes got her start writing the award-winning HBO film Introducing Dorothy Dandridge in 1999. Rhimes also lent her writing talents to Crossroads and The Princess Diaries 2 before launching another successful TV series, the political drama Scandal in 2012. 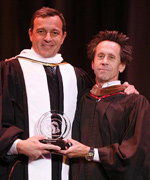 Named one of Time magazine’s 100 Most Influential People in the World in 2007, Brian Grazer has produced some of the most popular films of the past 25 years. Since the early 1980s, Grazer and partner Ron Howard have released such successes as Splash, Apollo 13 and A Beautiful Mind in addition to television series like Arrested Development and 24. 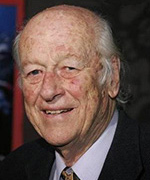 Producer, director, cinematographer and visual effects legend Ray Harryhausen lent his stop-motion talents to films from the 1950s through the 2000s. In addition to creating monsters and special effects for titles such as The 7th Voyage of Sinbad, Jason and the Argonauts and Clash of the Titans, Harryhausen wrote and produced films such as Sinbad and the Eye of the Tiger and many animated shorts. 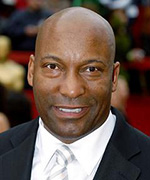 A graduate of USC’s Filmic Writing program, John Singleton went directly from college to writing and directing the 1991 feature Boyz n the Hood, which made him the youngest Academy Award nominee in the category of Best Director and the first African-American director to be nominated. Singleton has followed up his early success with features such as Poetic Justice, Shaft and 2 Fast 2 Furious. 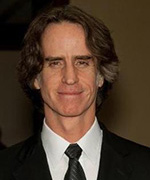 Director, writer and producer Jay Roach is a multi-faceted force in the fields of film and television. After making a name for himself directing Austin Powers: International Man of Mystery in 1997, Roach went on to direct two Austin Powers sequels and to produce and direct Meet the Parents, Borat, Dinner for Schmucks and the Emmy Award-winning TV movie Game Change. 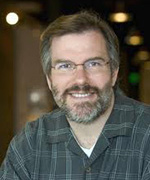 A pioneer in the field of sound mixing, Gary Rydstrom has racked up over eighty credits for his work on Indiana Jones and the Temple of Doom, Backdraft, Jurassic Park, Titanic, Finding Nemo and Terminator 2: Judgment Day, for which he earned a Best Sound Effects Academy Award. Rydstrom has also worked as a director and writer, and helped create ideas for Disney’s Pixar studio. 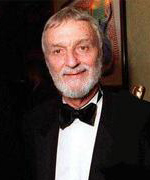 Named one of the ten most influential cinematographers of all time by the International Cinematographers Guild in 2003, Conrad L. Hall was known for his work on classics such as Cool Hand Luke, Butch Cassidy and the Sundance Kid, Marathon Man and the acclaimed 1999 drama American Beauty, which earned Hall his third Academy Award. 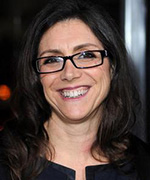 Producer Stacey Sher began her career at Obst/Hill Productions, where she worked her way up to Senior Vice President. In the mid-1990s, Sher teamed up with Danny DeVito and Michael Shamberg to produce Pulp Fiction, Gattaca and the Academy Award-winning Erin Brockovich. She now runs Double Feature Films, the company responsible for producing edgy features like Garden State and Django Unchained. 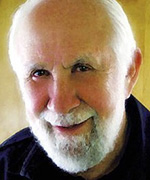 William Fraker was a renowned cinematographer who also found success as a film and television director and producer. For forty years, Fraker worked as director of photography on such films as Rosemary’s Baby, Bullitt, Looking for Mr. Goodbar, WarGames and Tombstone, while also helming episodes of the TV series Walker, Texas Ranger and Wiseguy. 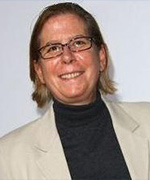 After making a name for herself co-producing the John Hughes hits Sixteen Candles and The Breakfast Club in the 1980s, Michelle Manning stepped into the role of director on the 1986 feature Blue City and episodes of the TV series Miami Vice and Friday the 13th. Manning has served as President of Production at Paramount Pictures since 1997. 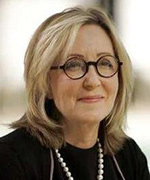 Best known as executive producer of the 1990 hit romantic comedy Pretty Woman, Laura Ziskin became the first woman to singlehandedly produce the Academy Awards telecast in 2002. Serving as president of Fox 2000 in the 1990s, Ziksin released the award-winning As Good as It Gets, later producing the Spider-Man series at Columbia before her untimely death of cancer in 2011. 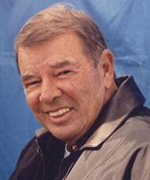 The son of film star Alan Ladd, Alan Ladd Jr. has earned success in his own right as a producer respected for both his personal ethics and the quality of his work. During his time at Fox studio in the 1970s, Ladd was the force behind the classics Star Wars and Alien before founding The Ladd Company where he produced titles such as Chariots of Fire and Blade Runner. 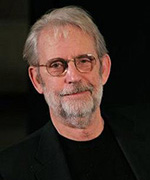 Since the late 1960s, Walter Murch has been one of the most sought-after sound designers and film editors in the business. Known for his technical innovations and for his frequent collaborations with directors Frances Ford Coppola and George Lucas among others, Murch has garnered Oscars for his work on the films Apocalypse Now and The English Patient. 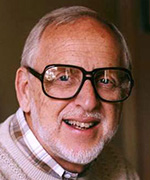 An award-winning producer of TV and feature films, David L. Wolper began working in the new medium of television after graduating from USC. Over the next fifty years, Wolper brought programming such as the groundbreaking Roots, The Thorn Birds and the long-running series Biography to the small screen, while producing features like L.A. Confidential. 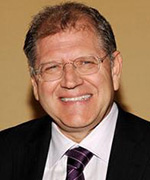 One of the most commercially and critically successful filmmakers of his time, director, screenwriter and producer Robert Zemeckis has helmed such modern classics as Back to the Future, Who Framed Roger Rabbit? and Forrest Gump. Known as an innovator in the field of visual effects, Zemeckis has won numerous awards for his work including a 1995 Best Director Academy Award.