ZaSu Pitts became a renowned character actress, beginning in the teens and working consistently through the early 1960s. She developed distinctive and eccentric affections that endeared her to audiences but limited the roles she could play. Behind that screen personality was a complicated woman whose life reflected the roller coaster that was Hollywood. Like so many featured players, she does not have a serious biography, but we know that Mary Pickford and Frances Marion were important in putting her on her path, so I wanted to pull together what I have collected over the years, particularly from previously unpublished memoirs and letters, to present a summary of her story.

Born in Kansas on January 3, 1894, ZaSu (pronounced zay-zoo) was named after her father’s two sisters, Eliza and Susan. ZaSu was five when her father died and her mother decided to move ZaSu, her two older brothers and herself to Santa Cruz, a small beach town on the Northern California coast. They ran a boarding house there, but money was very tight so ZaSu, like so many other young women in the teens, left home to try her luck in the movies. She had found small roles in a few short films when she went to nearby Pleasanton where Mary Pickford was filming Rebecca of Sunnybrook Farm. ZaSu was cast as an extra in the film and then followed the company back to Los Angeles. 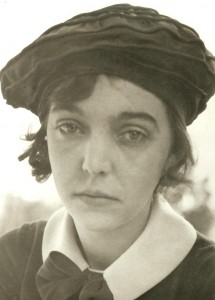 Frances Marion was finishing the script for Mary’s next film, A Little Princess, when a young man from the casting office called to say he was bringing over “a maiden fairer than Aphrodite” for her consideration. He walked in a few minutes later escorting a thin, awkward young woman with enormous eyes and Frances’s first reaction was to be reminded of “a trapped little animal.” But when the man said, “beauty like this should not go unnoticed,” Frances threw him out and admonished the girl, now with tears in her eyes, to pay no attention to him. [i]

“Tell me about yourself,” Frances said in an effort to make her comfortable and, without any evidence of self-pity, the visitor talked about her early childhood in Kansas, her father’s death and the family’s move to Santa Cruz. She had found some work with Universal, but had little luck at other studios. Zasu told Frances that she had even met D.W. Griffith, “but he said she looked too much like Lillian Gish to be in any of his pictures. It was the nicest thing anyone had ever said to her.”[ii]

As Frances watched and listened, she didn’t know whether to laugh or cry and it occurred to her that audiences might be touched as she was. There was a part in A Little Princess for a young maid called a slavey and Frances went to Mary with the idea of casting ZaSu. When Mary heard the whole story, including the derogatory remarks, she approved immediately. [iii] 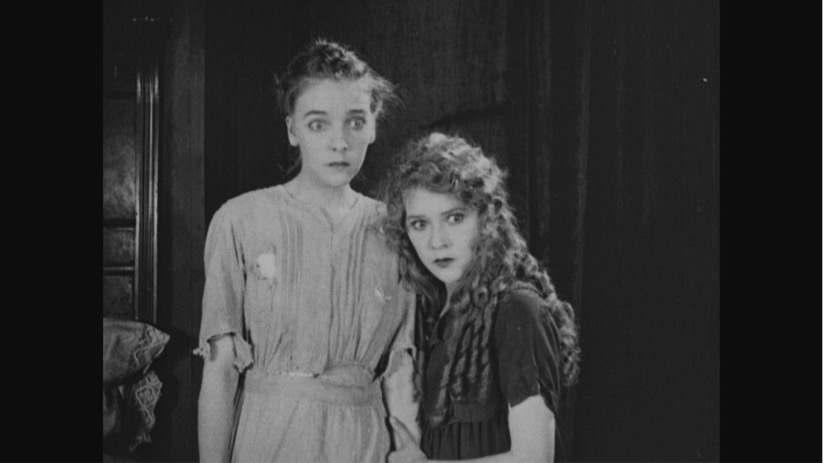 Mickey Neilan agreed that ZaSu was “perfect for the part” and records the following story in his memoirs:

ZaSu must have become inspired by something because she did a couple of dramatic scenes that were wonderful. Mrs. Pickford, always alert to protect het little brood from any direction, whether it was Mary, Lottie or Jack, saw these scenes in the projection room when we were running her the daily rushes.

Afterward, as we were all walking back towards Mary’s dressing room, she took me aside and said, ‘That girl is good, Mickey – in fact she’s too good, now can’t we just cut the scene out of the picture?’

I thought it best to humor her and I said, ‘Charlotte, Mary and I try in every way to get the best talent to play in these pictures which goes to make good and sometimes great pictures. One bad actor or actress can sometimes throw this picture way off key, spoiling the entire illusion we are trying to create.’

‘But Mickey,’ she exploded, ‘she’s stealing the picture.’

‘Oh, nonsense,’ I replied. ‘She is supposed to dominate this scene to make the situation real and believable.’ Charlotte squared off and her little hat slid down almost over her eye. ‘Now you listen to me you stubborn Irish…’ A quiet voice but carrying authority intruded into our little argument.

‘Mother, Mickey is absolutely right and tomorrow I am going to ask him to make a close-up of Zasu in this scene. She is simply marvelous and people will see her and talk about her, but best of all they’ll talk about My Picture which is what sells tickets.’

Mother Pickford, with the quick understanding of the Celt, quietly put her arm around my shoulder and said, ‘Well what chance have I got between you two Irish larks… Hum! Sell tickets? Well, come on, let’s go home. We’ve got to take that added scene of that wonderful girl tomorrow.’ Mary gave me the knowing wink and led her mother gently away. [iv] 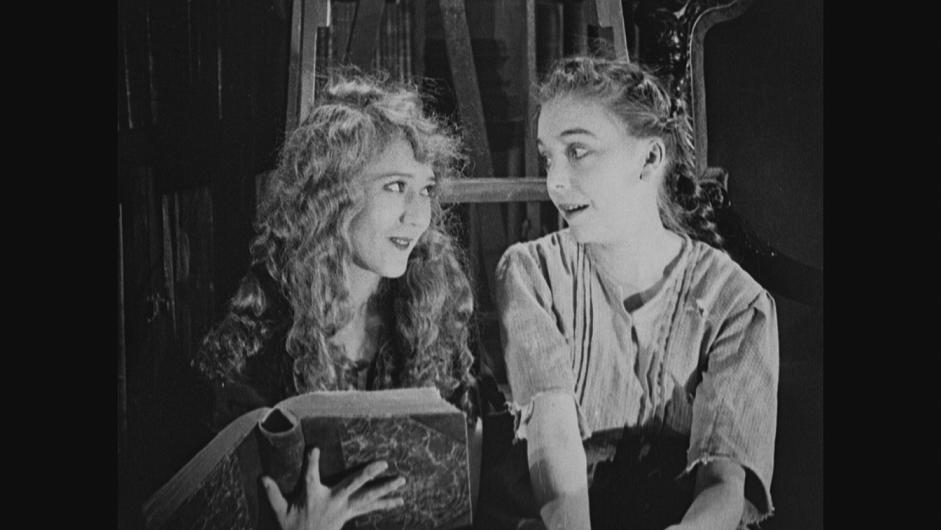 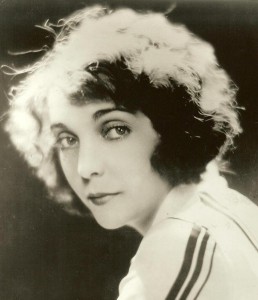 When A Little Princess was released in November of 1917, it was indeed a big success and Moving Picture World was not the only one to make special mention of the actress playing the young “slavey”: “Watch ZaSu Pitts, for she is a coming star.”[v] Still, Lasky did not put ZaSu under contract and while she appeared in another Pickford film, How Could You, Jean?, she went on to play a variety of roles at different studios before starring in Erich von Stroheim’s Greed in 1924. She was critically well-received in several serious roles including von Stroheim’s The Wedding March, yet in between she became familiar to movie goers as a comedienne, so when she appeared as Lew Ayres’ dying mother in All Quiet on the Western Front in 1930, the audience at the first preview started to laugh uproariously as soon as she came on the screen. Her heart-wrenching speech could not be heard over the laughter, and it was clear ZaSu was so identified with comedic roles, the scene would have to be reshot with another actress.[v] 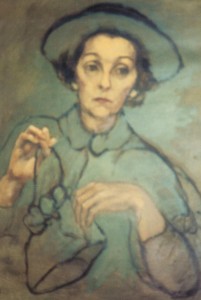 After spending several years as one of the earliest residents of the Hollywood Studio Club, ZaSu married the sportsman and promoter Tom Gallery in 1920. She gave birth to her daughter Ann who she raised alongside Don, the child the actress Barbara LaMarr asked ZaSu to adopt before she died in 1926. In 1933, ZaSu divorced Gallery and married John “Eddie” Woodhall, a handsome former tennis player seven years her junior. They would stay married until her death and from all accounts she adored him, although her friends did not agree, as Frances Marion wrote: “We all felt strongly anti-Eddie until finally we realized that while ZaSu had worked so hard for thirty years keeping him in gambling money she really loved him and if anyone even slighted him, she was upset. I’ll never forget when Eulalia said mildly, at a time when Zasu was hard pressed for money, ‘Can’t Eddie get a regular job?’”

Finances were often an issue, but they managed to buy a beautiful Paul Williams designed house in 1936 at 241 North Rockingham Road in Brentwood. Frances Marion, who stayed close with ZaSu over the years, was always on the look out for parts in her films ZaSu could play, such as the role of Gert in Blondie of the Follies starring Marion Davies.[vii]

ZaSu managed to work fairly regularly and grew into a familiar and beloved character actress. She moved into performing in live television in the 1950s and was introduced to a new generation by playing Ann Sothern’s Aunt Martha in one of television’s first situation comedies, Private Secretary (1953-1957) and then as Gale Storm’s sidekick in the situation comedy, Oh! Susannah! (1956 – 1960). In the early 1960s ZaSu was a frequent guest star on established programs such as The Jim Backus Show, Perry Mason and Burke’s Law and her final big screen appearance was in It’s a Mad, Mad, Mad, Mad World in 1963.

In the last few years of her life ZaSu became very political, raging against such relatively mainstream characters as Governor Pat Brown and UAW Chair Walter Reuther. Her friend, the screenwriter and journalist DeWitt Bodeen, described her as “to the far right of the late John Wayne. She got up to make a speech and soon even the Republicans were booing her. She had none of her facts straight. Newspaper columnists slapped her down in their columns, but ZaSu simply quietly withdrew from the public scene, realizing that electioneering was not for her.” That was an understatement. It was almost as if she had become an over the top character that would have been too much on the screen, let alone real life. [viii]

ZaSu had been stricken with cancer for several years, but pretended to her friends and family that she had recovered. Frances Marion wrote to Gloria Swanson, who asked Frances to forward a sympathy note to Ann, and recounted her experience with ZaSu’s final year:

“I hadn’t seen ZaSu in two or three months but we talked often over the telephone. Poor darling, she was so hopeful and convinced that she was entirely cured. But our mutual friend, Dr. Terwilliger, told me that while the Pasadena doctor [the nutritionist Dr. Bieler] truly a great man, he was not a miracle worker and Dr. T. was worried because ZaSu took such little care of herself. Her eagerness to make money – for Eddie – drove her to destructive lengths – such as only a few weeks before she died she motored herself to Phoenix and did the play Everybody Loves Opal for a week. An old friend, Mrs. Loyal Davis (the wife of the famous brain surgeon in Chicago) and Coleen Moore were both there and went to the opening performance. [Edith Davis was an actress when she married her second husband, Loyal Davis, and was already the mother of her daughter Nancy who would also become an actress and then marry Ronald Reagan]. They were both shocked at the way she looked and when Mrs. Davis found that she was staying in a motel, she picked her up bag and baggage and brought her to her own beautiful home in Phoenix. There she received fresh food and loving care, but Mrs. Davis said that it was unbelievable the torture ZaSu went through to gather enough strength in order to continue in the play with two matinees and sever performances. Then she drove back and about two weeks before she died, she flew to Canada to do the play for a week for about $750 I understand. This of course sealed her doom. Toward the last she was in agony and Eddie carried on in true dramatic style. His friends said, ‘He’s heartbroken losing her.’ Her friends said, ‘He’s heartbroken losing his meal ticket.’ Thus the civil war raged on. Now the poor old boy will have to get a job in the real estate business.

Like all mothers, ZaSu managed to keep from Ann not only how seriously ill she was but how intensely she was suffering, so naturally she was stunned when death came so suddenly. But she has the comfort of a very fine loving husband and those two wonderful children. I was almost as bad as Ann because ZaSu had me practically convinced that there was no longer any sign of the cancer in her body. In the Western story which I just finished and which will be produced as a movie I hope, I hope, I had written the most wonderful comedy role for her that she has had in years. To amuse her, I used to read scenes to her over the phone and even when her laughter sometimes ended in a cough I persuaded myself that the cough was only the tail end of a cold which she assured me she was getting over.” [ix]

[vi]. DeWitt Bodeen, Zasu Pitts, Films in Review, June 1980; Beryl Mercer replaced her in the sound film, but ZaSu was left in the silent version.

[viii]. “to the far right…” Bodeen, Films in Review