Raoul Walsh on the Pickford Family 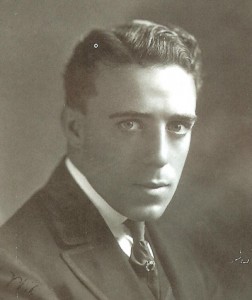 Raoul Walsh was born in New York City on March 11, 1887 and attended several schools including Seton Hall in New Jersey before dropping out, making his way to Europe on a cattle boat, and then heading to Texas where he worked briefly as a cowboy. Walsh suffered a leg injury, discovered the stage during his recuperation and was soon was acting in films. He was putting his experience with horses to work in Westerns (filmed in the East) for Pathé when Christy Cabanne, a Biograph actor and director, brought him into the Biograph fold. Walsh became friendly with Jack Pickford and when he made his first visit to the Pickford’s New York home, Walsh knew he and Jack would both be joining Griffith and the company in California for the winter of 1914.

It has been said of Mrs. Smith, Mary Pickford’s mother, that she was the smartest woman in the motion-picture industry. It was she who had persuaded Griffith to take her son Jack and Lottie, the elder daughter, to California. She had taken Mary away from Biograph and was bargaining over Mary’s new contracts. She was the first agent to make Hollywood producers tear their hair. 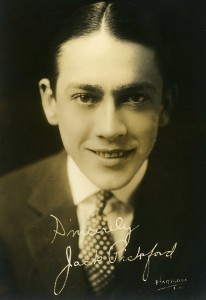 I had met Jack Pickford, then fifteen [actually almost 18] and knew him for a handsome lad. He had everything necessary to make him a successful actor—looks, personality, acting ability, and the brand of empathy that goes over with the public. The sole drawback was one he could not remedy. He was only a few inches over five feet tall. In his sister Mary, this lack of height was appealing and suited the parts she was given to play. In her brother, it was a disaster. At that time, no director would cast a short man in a leading role.

Jack and I got on well together. He was always fascinated when I handled my rope. He invited me home to meet his family, and when his mother heard that I was going West, she urged me to keep an eye on her son. “He’s a good boy but inclined to wildness sometimes,” she told me. Mary joined in, mentioning how much Jack admired me.

“He thinks of you as his older brother,” America’s future sweetheart said. “Take care of him, please.” Mary had just signed a contract with Famous Players, but she and her mother would not arrive in California until later. She put her arms around me and kissed me. “You’re my big brother, too.” Afterward, she did this every time we met, hugging my neck and inquiring, “How’s my big brother today?” Years later, when I lost my right eye in Utah, Mary was among the first to telephone and wanted to send her own doctor to Salt Lake City. 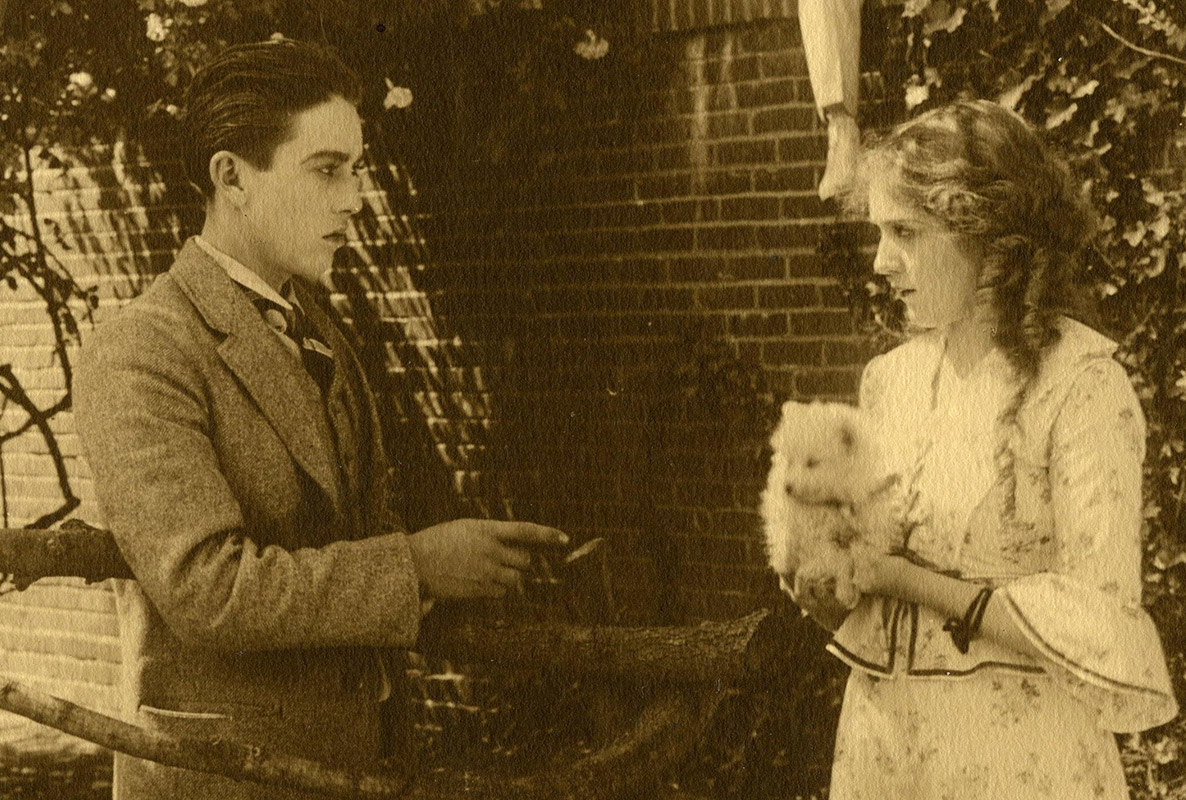 When the company assembled at Grand Central Station to entrain for the Coast, we looked like the passengers of a people’s Noah’s ark. In addition to Griffith and his studio manager, Frank Woods, there were two other directors besides Christy Cabanne. The chief cameraman was Billy Blitzer, who was responsible for so many “firsts” on the screen with Griffith. The cast of character actors, actresses, comedians, and juveniles included the Gish sisters, Walthall, and Donald Crisp. With myself, Jack and Lottie Pickford, and a small army of technicians and grips, this was the task force assembled to invade California….

Griffith called us together the first day and Frank Woods walked out into the middle of the stage and made a speech. He asked us to remember that people in California were not yet used to motion pictures and screen actors. “I hope you’ll all behave like ladies and gentlemen now that you’ve left the four-letter words and the tantrums back in New York.” He thanked us for listening and we applauded and some of the cast promptly went out and got drunk…. 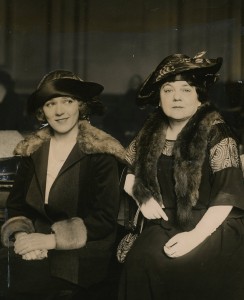 At that time, most of the real estate around Fine Arts [Sunset Blvd just west of Virgil] was cow pasture or under citrus cultivation. On the south end of the lot were four or five houses and a barn, with a dirt road leading into an orange grove. Some of the company took up residence in the houses and Frank Woods stocked the barn with gymnasium equipment. This was an inducement to physical workouts to keep us in condition and out of trouble until we were needed. The bars and rings and weights kept some of the more energetic ones off the streets and out of the saloons.

Jack Pickford behaved himself, but in line with my promise to his mother and Mary, I found a bungalow not far from the studio and rented it. Jack and I stayed there and paid a woman to come in and cook breakfast and clean up. As it turned out, he was merely holding his breath while he looked around and found some mischief to get into. Nobody could ride herd on Mary’s vivacious brother for very long.

Walsh stayed with D.W. Griffith for several years, learning his craft. Walsh switched between directing and acting, playing the role of John Wilkes Booth in The Birth of Nation. Walsh directed Douglas Fairbanks in The Thief of Bagdad in 1924 and co-starred with and directed Gloria Swanson in the then very risqué Sadie Thompson in 1928. That same year, Walsh lost an eye in a car accident when a rabbit went through his windshield. He sported an eye patch from then on, focusing exclusively on directing and excelling at it for the next thirty five years. In 1930, he cast the still unknown Marion Morrison, billed as John Wayne, for the first time in a major role in The Big Trail. Dramas, romances, westerns, historical sagas and crime films – Walsh directed them all. He worked with such diverse actors such as James Cagney, Errol Flynn, Marion Davies, Mae West, Clark Gable, Humphrey Bogart, Jack Benny, Olivia de Havilland, Laurence Olivier, and Rita Hayworth, yet he was never nominated for an Academy Award. Raoul Walsh died at the age of 93 on December 31, 1980 in Simi Valley, California.

Excerpted from Raoul Walsh’s Each Man in His Time: The Life Story of a Director. New York: Farrar, Straus and Giroux. 1974.