These are scans from a one-of-a-kind scrapbook of Mary Pickford photographs and clippings created by Edna Wright between the years 1910 and 1915. Wright was a friend of the Pickford family and a journalist who wrote articles about Mary, Jack and Lottie for Motion Picture and Motion Picture Classic magazines. 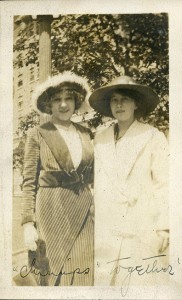 e personal captions Mary penned throughout the book, such as “To my little Edna,” and “Going shopping with friend Edna,” the two women were quite close during the early years of Pickford’s film career; Mary even made Edna the honorary godmother of her pet cat, Gubby.

Through intimate handwritten comments and dozens of never-before-seen candid snapshots, Wright’s scrapbook offers a glimpse into the life of a young Mary Pickford at a moment just before her fame skyrocketed. 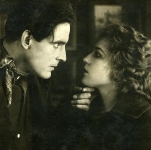