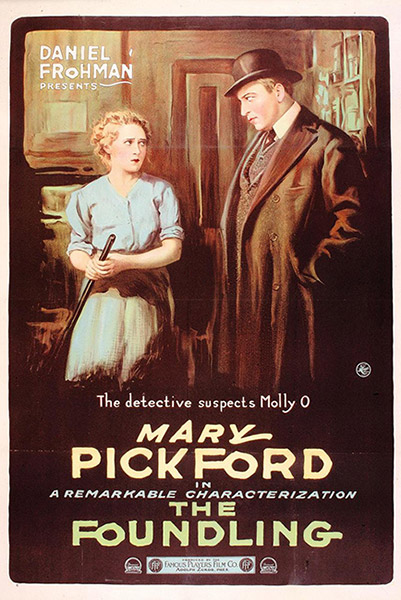 Note:  The Foundling  was the first of her films to be produced by Mary.

It is a typical Mary Pickford story in which we see Miss Pickford in ‘The Foundling,’the Famous Players five-part release of January 3. There are present those elements which in greater or less degree have been factors in her most successful pictures. … Miss Pickford is at her best. ‘The Foundling’should be one of the more popular Pickford releases.