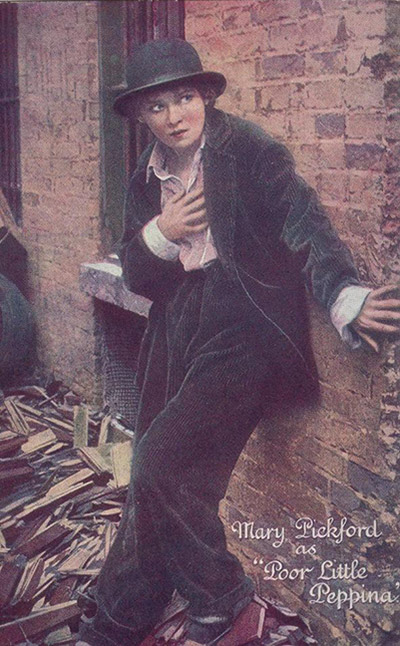 There is nothing mysterious about the hold this little actress has on her public. In all her moods there is a fascination that does not elude the camera. She is always dainty, spontaneously playful … becomingly demure, and prettily sentimental. So when Mary smiles her audience smiles with her; when she makes love, hand clasps out front are tightened; and when she hangs her pretty head with its curls handkerchiefs absorb briny moisture from the sea of upturned faces.