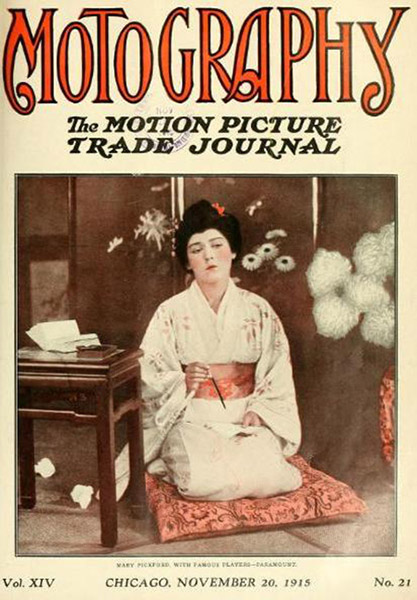 Note: Broadway producer David Belasco was the first to dramatize Long’s story for his 1900 stage production.

For many moons it has been stated, and repeated, in the motion picture fraternity that Mary Pickford was a wonderful artist along certain lines, but that said lines were limited and quite circumscribed. This statement had become so familiar that it was generally accepted as a fact. Well, you Doubting Thomases and Unbelievers, go to the Strand this week to see her in the Famous Players’ (Paramount) production of ‘Mme. Butterfly’ and disabuse your minds of any such idea once and for all. … Words are useless to describe the beauty and artistry of it all – the production, the photography … and above all else, Mary Pickford. The Famous Players has never turned out a finer feature – nor indeed has anybody else.