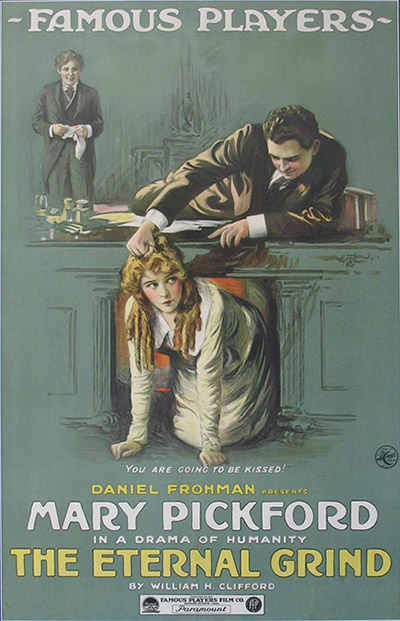 Original review from  Everybody’s Magazine  (May 1916):

Mary Pickford’s recent film, ‘The Eternal Grind,’ is typical. She works in a sweat-shop. How poor she is! And how sweaty is that shop! But how bravely she bears it! … Then comes villainy. She looks into his eyes. And, really, she is a magnificent actress, and that is the sort of moment when she is at her best. Her face can change from happy innocence to suspicion, to dread, to flaming hate, while still retaining all its innocence…