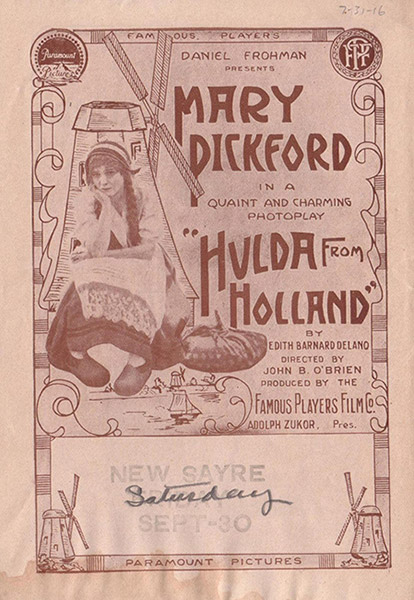 ‘Hulda from Holland’ as a picture will delight friends of Miss Pickford everywhere. Hulda as a characterization is filled with charm, with the distinctive bits that seem to be Miss Pickford’s sole property in spite of manifold efforts by numerous others to appropriate them.