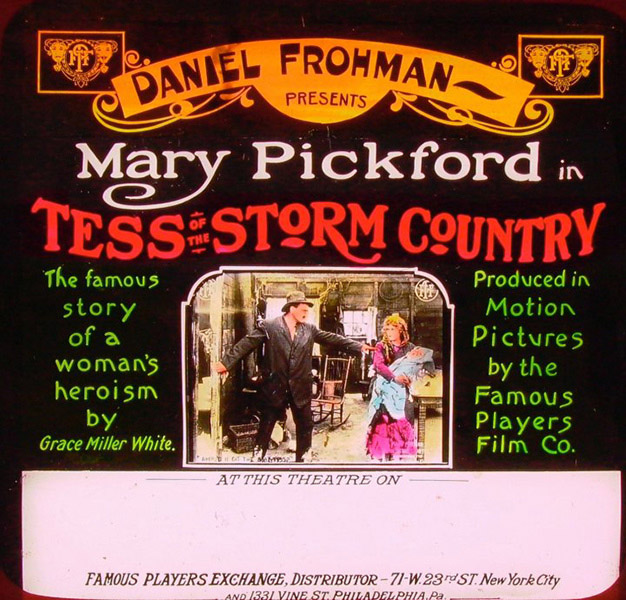 Note:  An enormous success at the box office,  Tess of the Storm Country  would be re-made three times; Pickford’s own 1922 update, a 1932 Fox talkie with Janet Gaynor, and again at Fox in 1960 with Diane Baker in the title role.

In ‘Hearts Adrift’and ‘A Good Little Devil,’Mary Pickford had no opportunity to demonstrate her true value as a movie actress. In ‘Tess of the Storm Country’ … Little Mary comes into her own and her work in this five-part movie production so far o’ershadows her work in the other films there’s no comparison. As the little, expressive-eyed tatterdemalion of the Lake Cayuga shores, Miss Pickford sticks another feather in her movie crown which will help the Famous Players reap a benefit in more ways than one.

Clips from Tess of the Storm Country