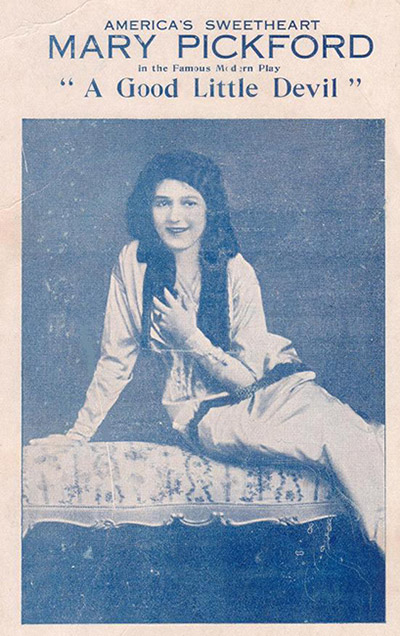 (Only one reel remains)

Here’s one film on which the movie exhibitor of the country can’t go wrong. … There’s a lot of good, wholesome fun in ‘A Good Little Devil’and there’s fantastical trimmings of the fairy land sort and real pathos of the typical kind that motherless little kids encounter each day that combine in making the play a movie worth while. Miss Pickford does bully work as the blind girl and makes the role stand out as a lovable, childlike sympathetic bit of acting that is irresistible.