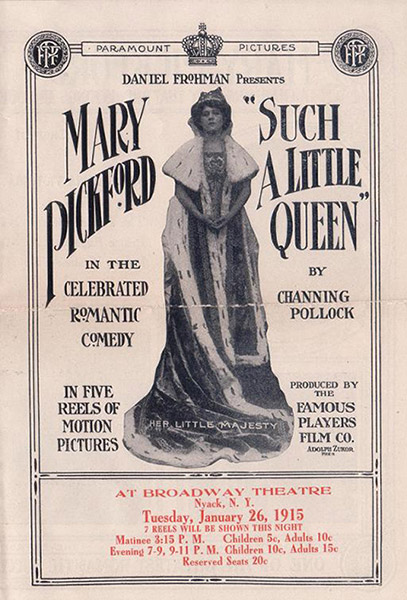 Note:  Originally produced at Broadway’s Hackett Theatre in 1909,  Such a Little Queen  was remade by Realart Pictures in 1921, with Constance Binney in the lead.

Miss Mary Pickford has the role of Queen Anna Victoria of Herzegovina; and her performance is that of rare quality which we always expect from this star. Comedy and drama are alike to her. She is as delightful in the one as she is moving in the other. As a comedienne she seldom does the anticipated; and therein to a great degree lies the charm of her work.