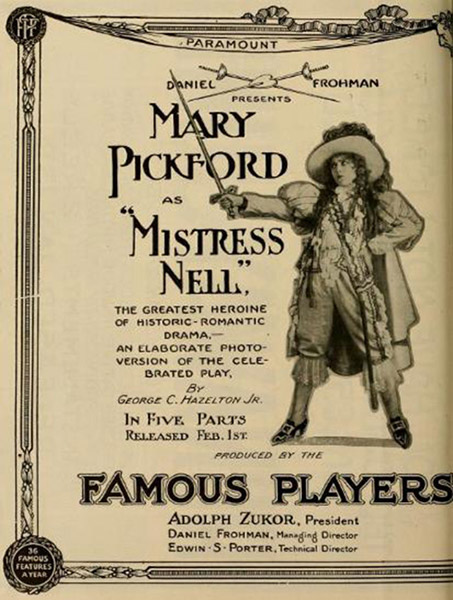 Mary Pickford and beautiful scenery are the important factors in this feature produced by the Famous Players. … At Miss Pickford’s first appearance on the screen in this picture at the Strand Sunday a rousing reception was given her. … ‘Mistress Nell’was a successful play and it is going to be a successful feature through Mary Pickford being in it.