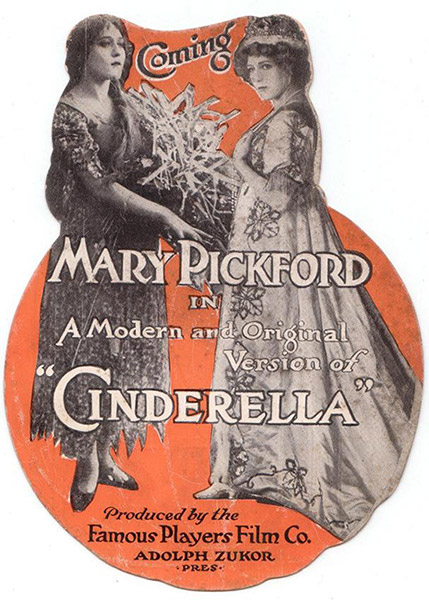 Note:  Known prior to its release as  The Stepsister,  Cinderella  features Mary’s then-husband Owen Moore as Prince Charming.

Miss Pickford portrays every phase of the fairy heroine’s career, from pathetic cinder girl to bejeweled princess, with equal charm and winsomeness, and every scene is made more appealing by the beauty and grace of the beloved little film star.