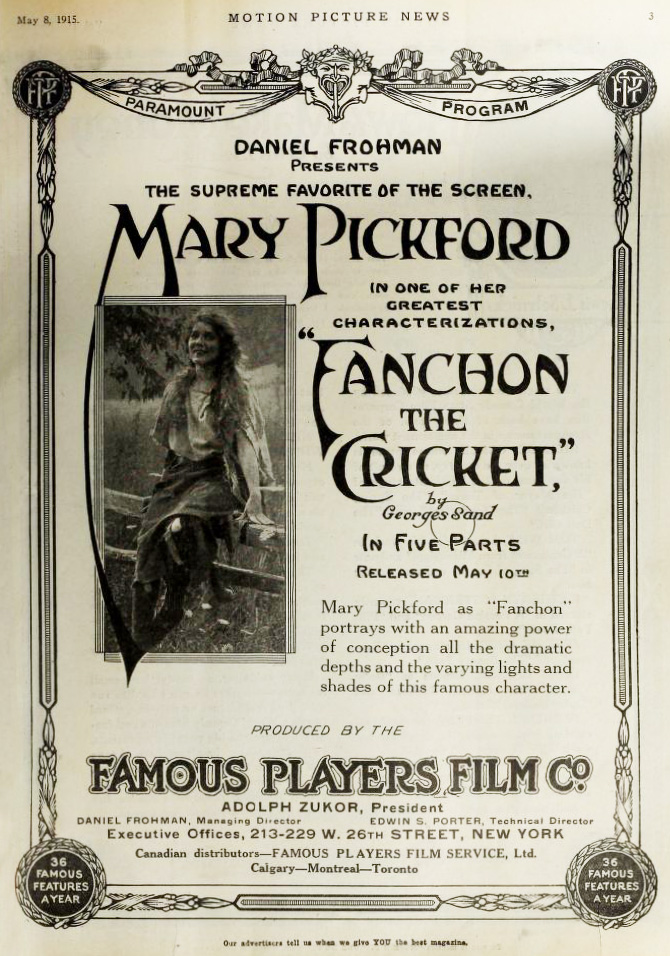 Note: According to Fred Astaire, the young performer met all three Pickfords while visiting the set in Delaware Water Gap.

The charm of the cricket has made its appeal to the poets from the days of Anacreon, but there was never a sweeter cricket than Fanchon and let me hasten to add there never was a Fanchon like Mary Pickford. Yes, I know that the greatest of the French and the English and the American stars have attempted and have successfully rendered Fanchon, but I stick to my belief that none ever surpassed and few approached the work of Mary Pickford.

Clips from Fanchon the Cricket