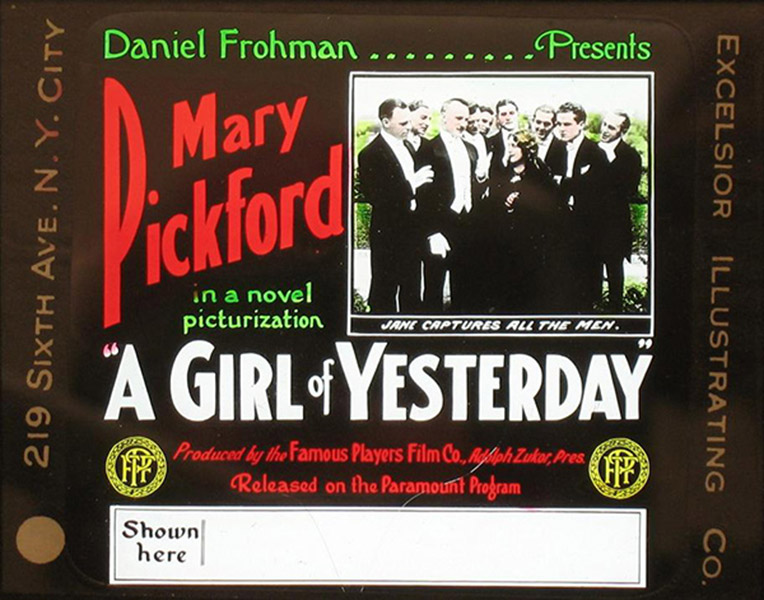 Note:  A Girl of Yesterday  is notable for being the only feature in which Mary and Jack Pickford play brother and sister. Mickey Neilan credits Frances Marion with writing the story.

‘A Girl of Yesterday’ with Mary Pickford as the star … is so arranged to give Mary Pickford an opportunity to display a lot of gowns and the fact that she can play a little golf, is a good little sailor, is not afraid to go up in an airship and, last, but not least, it gives the public another opportunity of looking at this little queen of the screen.