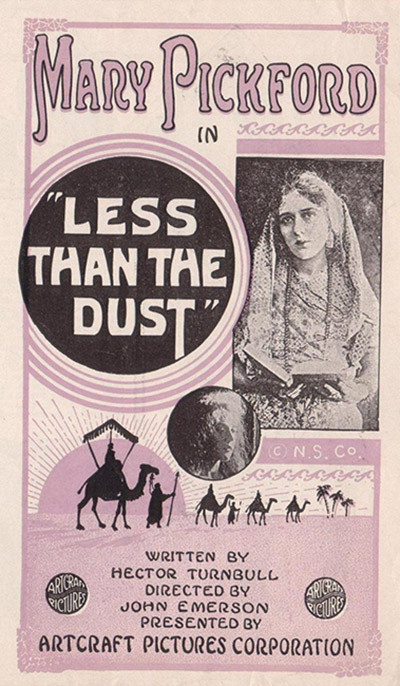 Less Than the Dust  was the first film released under Famous Players’ new Artcraft division.

Artcraft’s bow to the photoplay public is a most happy one. It provides in the first place an excellent story; in the second place it brings back to the screen Mary Pickford, now for several months among the absentees. … The story is ‘very much Pickford’ but by no manner of means is it ‘too much Pickford.’ The popular player dominates the production, but she has fine support – from every department that enters into the making of a picture.