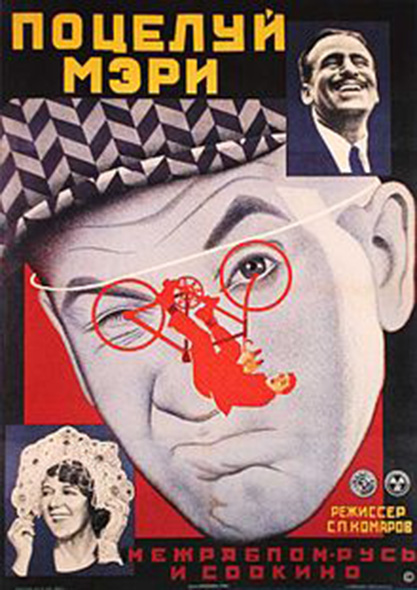 During their travels in the Soviet Union in 1926, Doug and Mary were recorded by the director Sergei Komarov and his crew. The couple knowingly participated in the filming as a gesture of support for the Russian film industry.  At Mezhrapom Film Studios, Pickford embraced and planted a kiss on actor Igor Ilyinski and Komarov decided to build a full-length feature around this shot, as a result, A Kiss From Mary Pickford, was released in the Soviet Union in 1927.