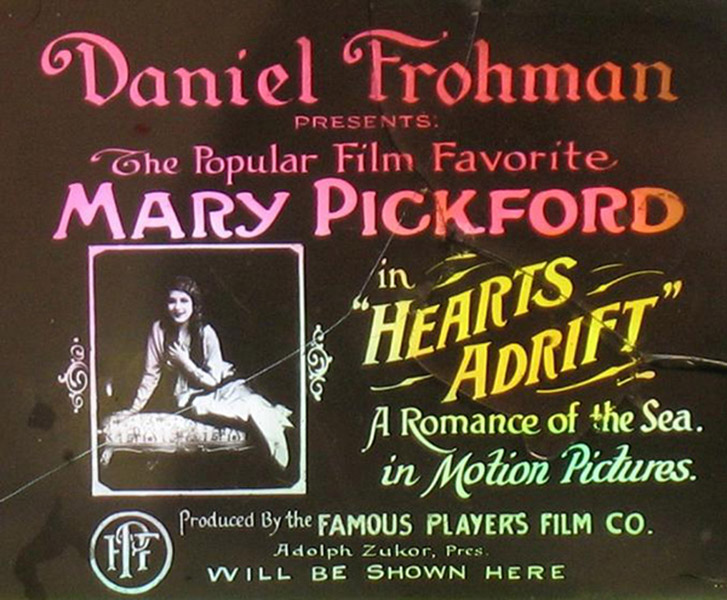 Mary Pickford, the celebrated film favorite, makes her reappearance in the productions of the Famous Players in ‘Hearts Adrift,’ a tragic epic of the deep… The pathos of this drama is softened by Miss Pickford’s charming and piquant portrayal of the role of the little half-savage Nina. At frequent periods in the story Miss Pickford attains high dramatic power, and strikes a distinct note in her delicate rendition of her supreme sacrifice of self for love.