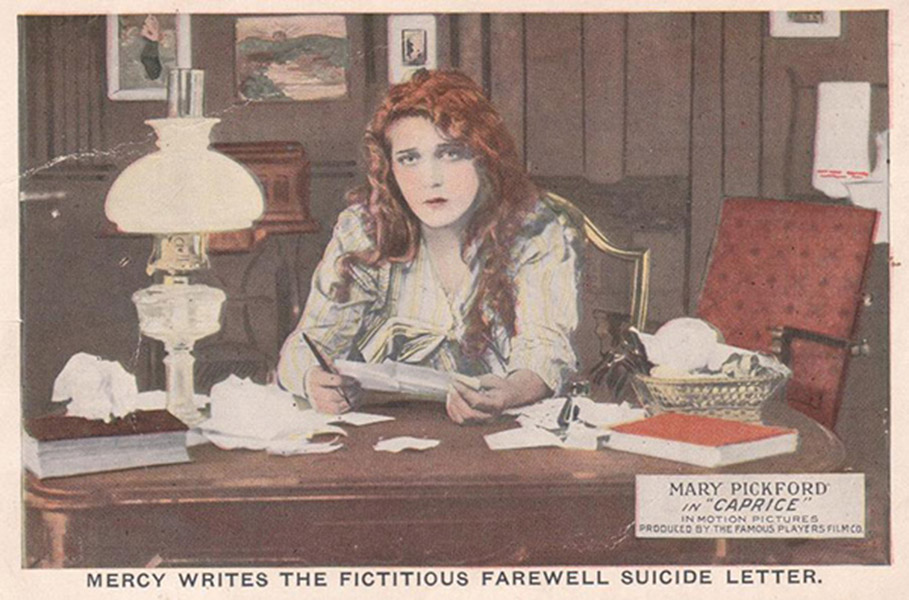 Note:  Originally a stage hit starring Minnie Maddern Fiske, Caprice  was so popular that Paramount re-released it to theaters in 1918.

Little Mary of Biograph fame … will appear in ‘Caprice,’ Mrs. Fiske’s former success. No better play could have been selected for her inimitable daintiness. It is a delightful comedy-drama of love and society, with an echo of the hills mingled with the voice of the city. Mary Pickford in ‘The Bishop’s Carriage’broke all records at Tally’s Broadway. ‘Caprice’should prove even more of a drawing card.