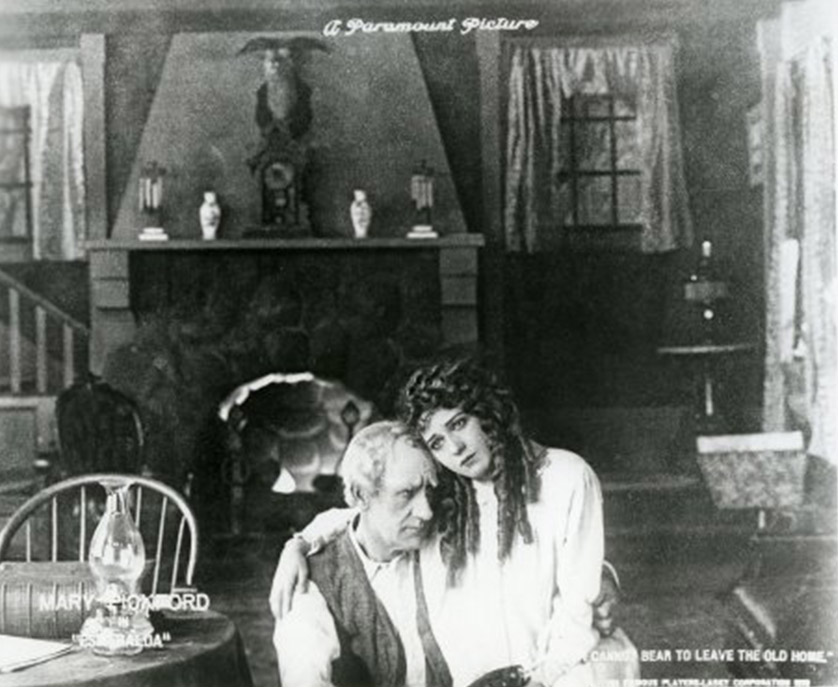 Note:  Though reviews of the film were not overwhelmingly positive,  Esmeralda  was another smash hit for Mary; the Strand in New York reported “packed houses”and “standing-room only”shows. Sadly, the only remaining copy of the film decomposed due to improper storage in the 1950s and is now lost.

Miss Pickford is enshrined in the hearts of all the people, not because she is the sweetest of the limpid non-entities, but because she is a young woman of powerful personality and extraordinary dramatic talent. Hers is the art which conceals itself. Such hen-yarn drama as ‘Esmeralda’ is as unworthy of criticism as it is unworthy of Mary Pickford.