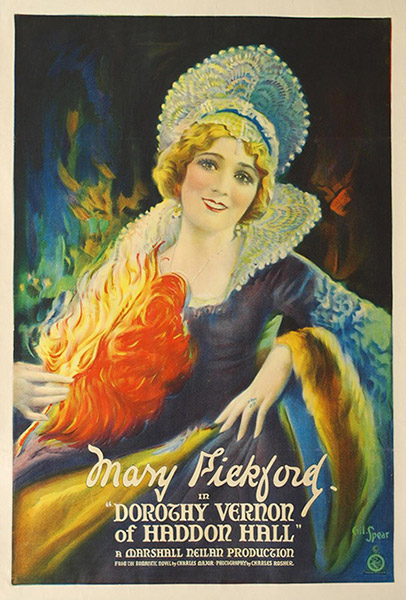 Note: Mitchell Leisen designed Mary’s costumes for the film, several of which are in the Natural History Museum in Los Angeles.

Miss Pickford Again Offers Great Picture – Her “Dorothy Vernon of Haddon Hall” a Delight – The picture has charm and quaintness and romance and adventure. It has humor. It has beautiful costumes and scenery The sets are all that could be desired So is the direction. The acting is so good you forget it is acting.