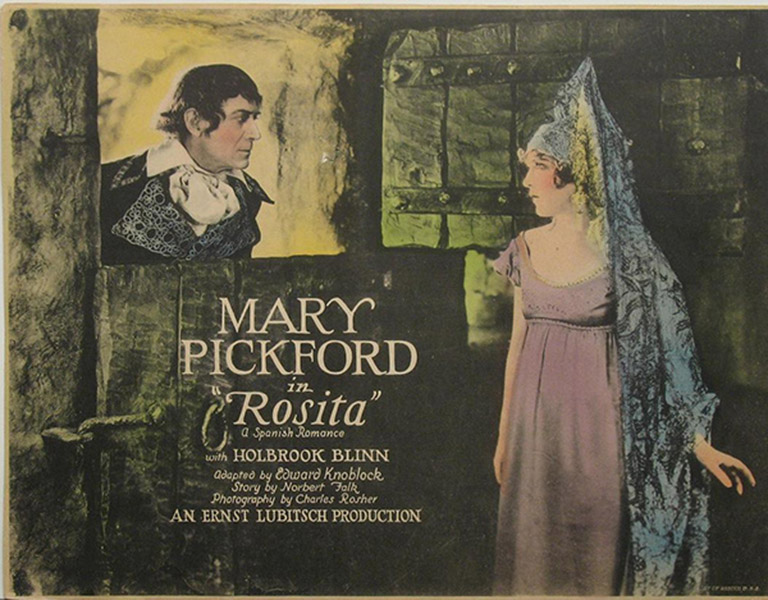 Note: Future Fox star Charles Farrell has a bit part in the film.

Enter Mary Pickford, actress, as Rosita in a screen production of the same name directed by Ernst Lubitsch. A Mary Pickford different and greater than at any time in her screen career; a Mary Pickford with her hair done up, pretty as a picture and displaying acting ability few thought her capable of. … ‘Rosita’ is going to mark an epoch in the career of this star.