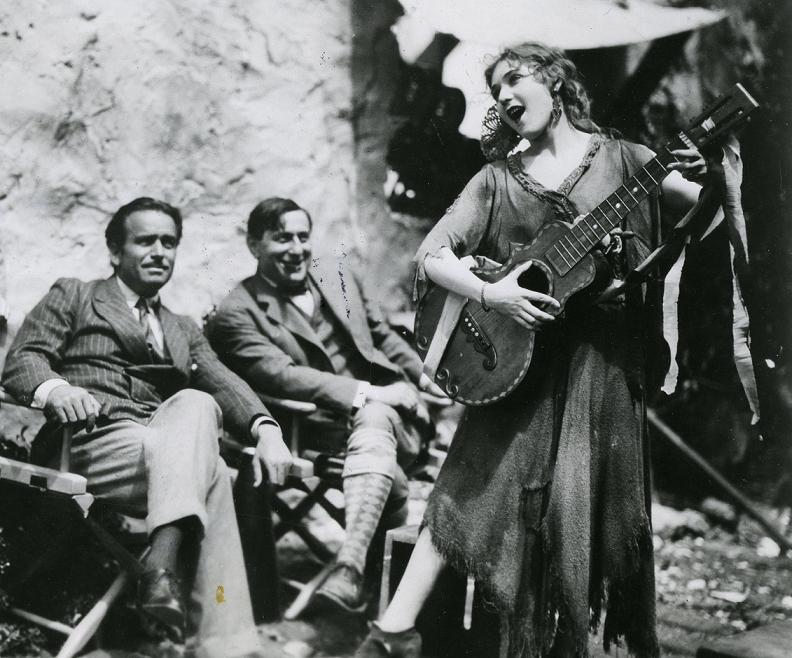 The Museum of Modern Art, in cooperation with the Mary Pickford Foundation, is restoring the Mary Pickford silent Rosita (1923) from the last known surviving nitrate print found at Gosfilmofond in Russia. Pickford was instrumental in bringing the German director Ernst Lubitsch to America and Rosita was the first film he made in the United States. The Pickford Foundation is providing access to our 35mm elements to assist in the restoration. Other groups partnering with MoMA include The Film Foundation and the Mayer Foundation.

On Wednesday, June 3rd, the historic Athena Cinema in Athens, Ohio will celebrate its centennial by screening the first film it showed 100 years ago: Cinderella (1914), starring Mary Pickford and Owen Moore. Disney’s latest live-action remake can’t compare with the silent charm of Mary as “the ragged but beautiful cinder-girl,” a character The Moving Picture World described as “appealingly intensified by the beauty and grace of the wonderful little star.” The film will feature live accompaniment by Derek DiCenzo and will be preceded by a champagne-and-cake reception and a concert. Visit the Athena website for more details.

On Friday, April 10th, the Toronto Silent Film Festival will screen Mistress Nell (1915) in honor of the film’s centennial. After 100 years, Mary Pickford still sparkles in this charming historical romance as the feisty Nell Gwyn, mistress to King Charles II (played by her first husband Owen Moore). Also showing is newsreel footage of Mary and Douglas Fairbanks on their 1924 visit to Toronto, the city of Pickford’s birth. The screening will feature live accompaniment by Jordan Klapman and will be followed by a reception. The TSFF website has all the details.

To view another clip from Mistress Nell, click here.