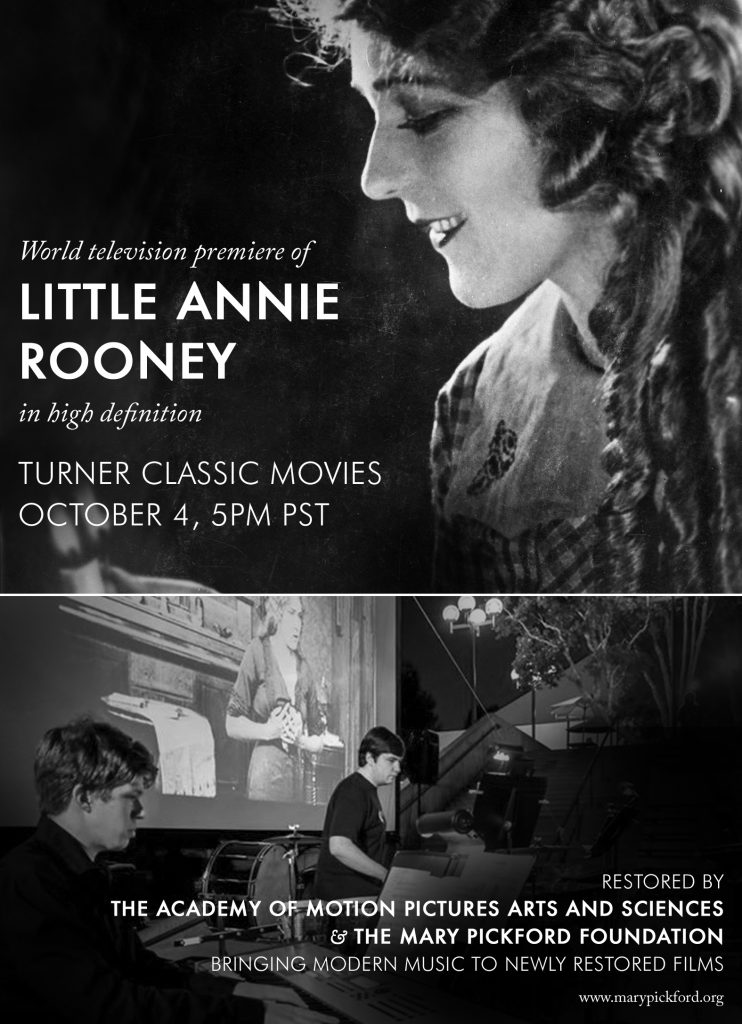 Our own Cari Beauchamp introduces Little Annie Rooney on TCM, the first film to be screened in their eight part series, Trailblazing Women, focusing this year on “Actresses who made a Difference.” Mary Pickford, founder of United Artists, the Academy and the Motion Picture Television Fund, was an obvious choice to be the first of over thirty actresses featured in Trailblazing Women which runs on Tuesdays and Thursdays throughout October.

Little Annie Rooney was preserved and restored on film by the Academy of Motion Picture Arts and Sciences from the original nitrate print in Mary Pickford’s personal collection at the Library of Congress and the Mary Pickford Foundation scanned the film at 4k high definition and had it digitally restored. An original score by Andy Gladbach was then recorded with a 16 piece orchestra to bring modern music to this film classic.