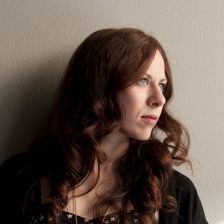 Missy Mazzoli is a much in-demand, internationally renowned composer and performer, yet she chose to accept the Mary Pickford Foundation’s offer to spend a week working alongside the student composers and their professor, N. Lincoln Hanks, at Pepperdine University as they create a new score for Mary Pickford’s A Little Princess.

“We conducted an extensive search for a guest composer,” said Pickford Foundation President Henry Stotsenberg. “Missy Mazzoli was our first choice because of her impressive body of work, her unique ability to weave rock with classical and her proven track record of appealing to a broader audience. We were honored when she accepted.”

Mazzoli said she wanted to join in the process because it was an opportunity to “do something new and teach in a different way.” The challenge of having student composers each write music for different sections of a film and then weave them together was a challenge that intrigued her. “Silent film is interesting and strange,” Mazzoli says with a smile, adding that “the idea of young composers writing a new score is a great way to bring new audiences to silent films. It’s a way to present a new slant to these great, beautiful films.” 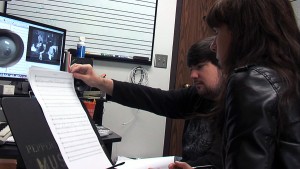 The New York Times has called Mazzoli “one of the more consistently inventive, surprising composers now working” and her music has been performed throughout the world, but teaching and providing her unique insights remains important to her. She hopes that “acting as a sounding board and providing a fresh ear, without a history with the composers” will help elevate the score that eventually results.

“The nature of film composing is that you are collaborating with Mary Pickford,” Mazzoli says. “The real challenge is keeping the composer’s own style, but collaborating with each other and the film. My favorite film score illuminates the psychology of each character.”

On Saturday, April 9 of 2016, the project will culminated with the premiere of the student composers’ scores during the screening of A Little Princess at Pepperdine’s Amphitheater.