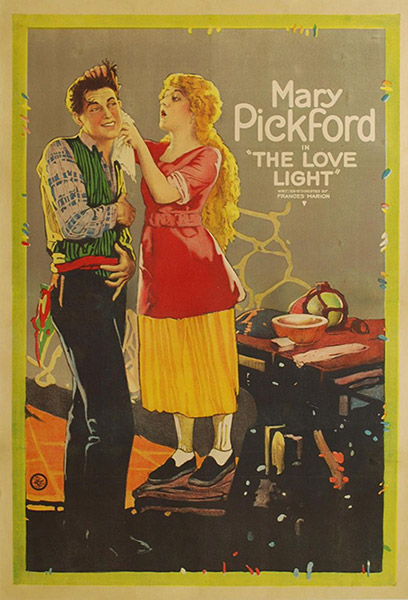 Note: Initially titled  A Flame in the Dark,  The Love Light  story was conceived by Frances Marion while visiting Italy.

‘The Love Light’ gives Miss Pickford for the first time, a strictly dramatic role. She rises to some great heights, but doesn’t overdo it, and the picture as a whole reflects its own and the star’s excellence very brightly. The world’s sweetheart is known for a variety of roles she has enacted, but most of them have been tinged with a Mary we all know and love. In ‘The Love Light,’ one can’t help loving her, but instead of viewing her indulgently as an extremely clever child, one must admire Mary Pickford the woman, consummate actress.