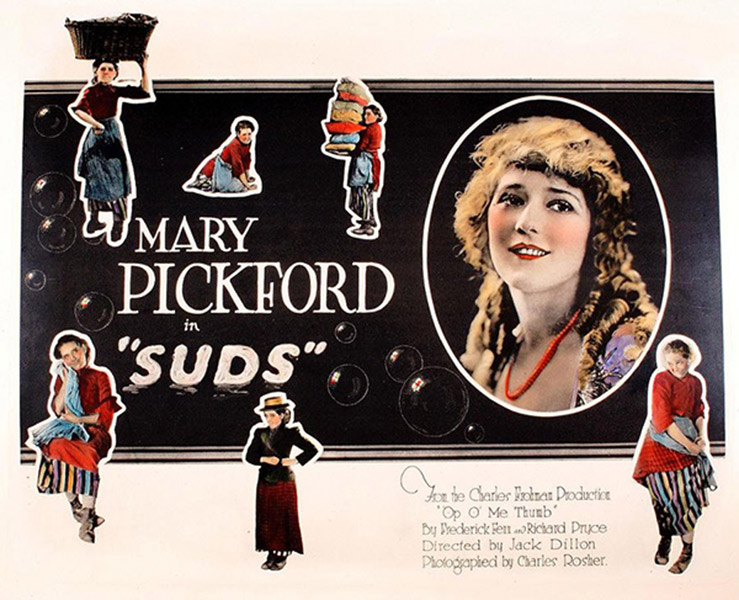 …the Pickfordian cleverness and charm are effulgently present, and the question which was on everybody’s lips some time during the action was, how is it possible for anyone to look so beautiful and so ugly at the same time as Miss Pickford does? … In ‘Suds’ we have, therefore, another gay, glad Pickford feature, with a disappointing finish which is offset, partially, by the cleverness of the star’s artistry.