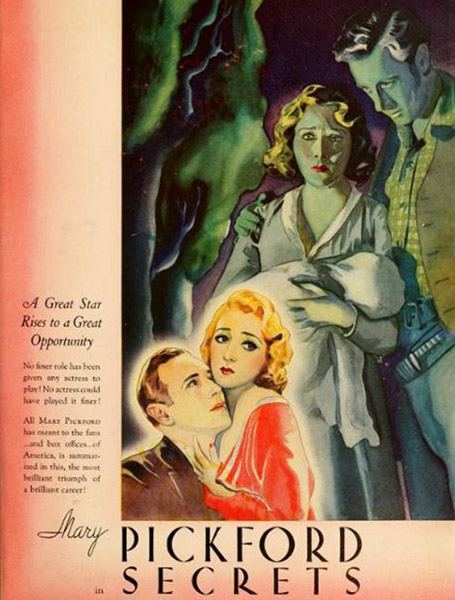 Mary Pickford gives a sterling proof of her capacity as an actress in ‘Secrets.’ … A genuinely poignant sequence is the death of the heroine’s baby during the western scenes… This scene is the high point of the picture dramatically, and shows that in evoking a depth of sympathetic feeling Miss Pickford can be as able and convincing as ever. Handkerchiefs were abundantly in evidence during its unfoldment.