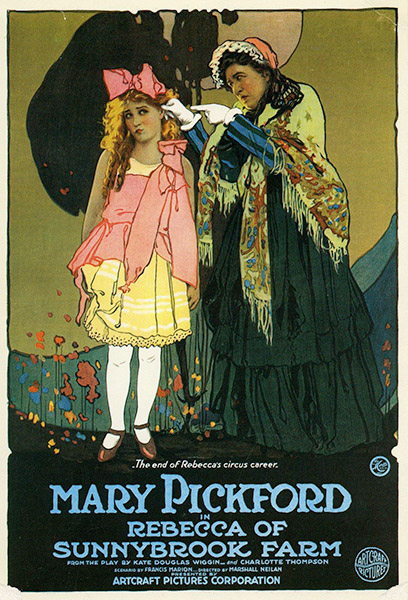 Note: A young ZaSu Pitts had a role as an extra in the film.

Superlatives, so indiscriminately used with reference to pictures in many instances, seem inadequate in properly approximating the transcendent merit of the latest Artcraft production, ‘Rebecca of Sunnybrook Farm,’ with Mary Pickford in the titular role. It is a master work that is going to stand supreme in its particular niche for several years to come. … Miss Pickford plays as she never played before, varying lights and shades to elicit the major interest, tearful at one moment and laughing the next, holding the auditor at all times in mute admiration.