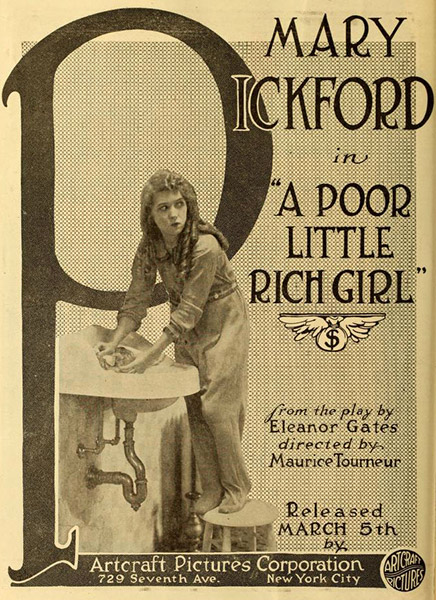 A curious and appealing combination of delightful comedy and fairy story with a moral is ‘Poor Little Rich Girl.’Mary Pickford is its star … and the Pickford star is of the never-grow-old type. She looks a trifle older than 11 years, but she is the child in manner, feeling and appearance, too, in her skirtlets and pajamas. … A pretty and amusing play – with some faults and lumps to swallow – but, altogether, good. And then – it has Mary!