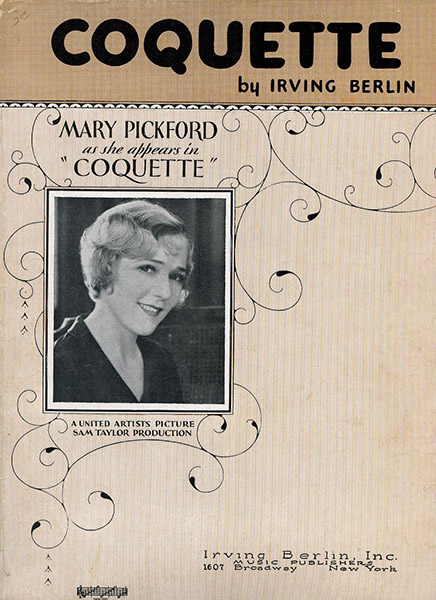 Note: Coquette was Mary Pickford’s first sound film, and the film for which she received a Best Actress Academy Award.

‘Coquette’ is the picture, and it is, as the popular designation goes, all talking. It brings Miss Pickford to the screen in a role unlike any that she has ever played previously. It discloses her changed in appearance by virtue of her bobbed hair. It demonstrates that she has a voice of lovely timbre, and that she knows how to use it with taste, and with even more definite discretion. … See ‘Coquette.’It is another milestone.